The University of Zakho (UoZ) is located in Zakho, the Duhok Governorate, Iraqi Kurdistan, northern Iraq.

About University of Zakho 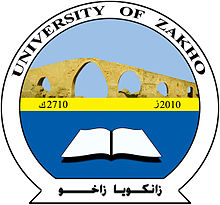 The University of Zakho dates back to the year 2005 and within the framework of the directives and concerns of His Excellency Masoud Barzani, President of the Kurdistan Regional Government, and Mr. Nechirvan Barzani, Prime Minister of the Kurdistan Regional Government, made a decision to lay the foundation stone of the College of Education and the College of Commerce (during the fifth cabinet) in a university campus in Zakho, which at that time officially belonged to the University of Duhok.

However, during the opening ceremony of both colleges in Zakho, the Prime Minister of the Kurdistan Regional Government mentioned in his speech that this would be the basis for a prospective independent university in Zakho. In the academic year 2005/2006 students have been accepted at the two colleges mentioned above.

On 8th of July 2010, a formal order was issued to establish a university in Zakho by the Presidency of the Council of Ministers in KRG (sixth cabinet) as a non profit state organization for higher education. In the academic year 2013/2014, the University of Zakho was constituted with 16 scientific sections and 6 schools in the Faculties of Science and Humanities and the presidency of the university. For the academic year 2014/2015 the Ministry of Higher Education and Scientific Research issued a ministerial order to open the Department of Mechanical Engineering and the Department of Physical Education. They also opened the Department of Basic Education for teachers of primary and middle schools who have a diploma in order to develop the scientific level of the teachers. The program coordination was between the KRG Ministry of Higher Education and Scientific Research and the KRG Ministry of Education in the Kurdistan Regional Government.

College of Administration and Economics