The Shekhan District is a district in the Duhok province with its capital at Ain Sifni, with a population of approximately 28984.

Shekhan is located 60 km Southeast of Duhok, and is one of the oldest towns in Duhok Province. The name Shekhan refers to the holy Sheiks who have lived there: Sheikh Adi, Sheikh Adi II, and Sheikh Hassen.

An old Christian source refers to the town as Ain Sifne, which shows its ancient history. Shekan has 160 000 inhabitants and four municipalities: Qesrouk, Zilkan, Atroush, and Baadra. Kurds, Arabs, Yazidis, and Christians live in these regions.Shekhan is famous for its agricultural products, especially wheat and barley.

Recently, oil and other natural resources have been discovered in the area.  Shekhan is also home to great historical battle sites such as the battle of Gaugamela between Alexander the Great and Darius III in the year 331 B.C near Tell Gomel, close to the modern village of Kalakchi. This battle defined the reign of Alexander the Great with his victory over Darius III. 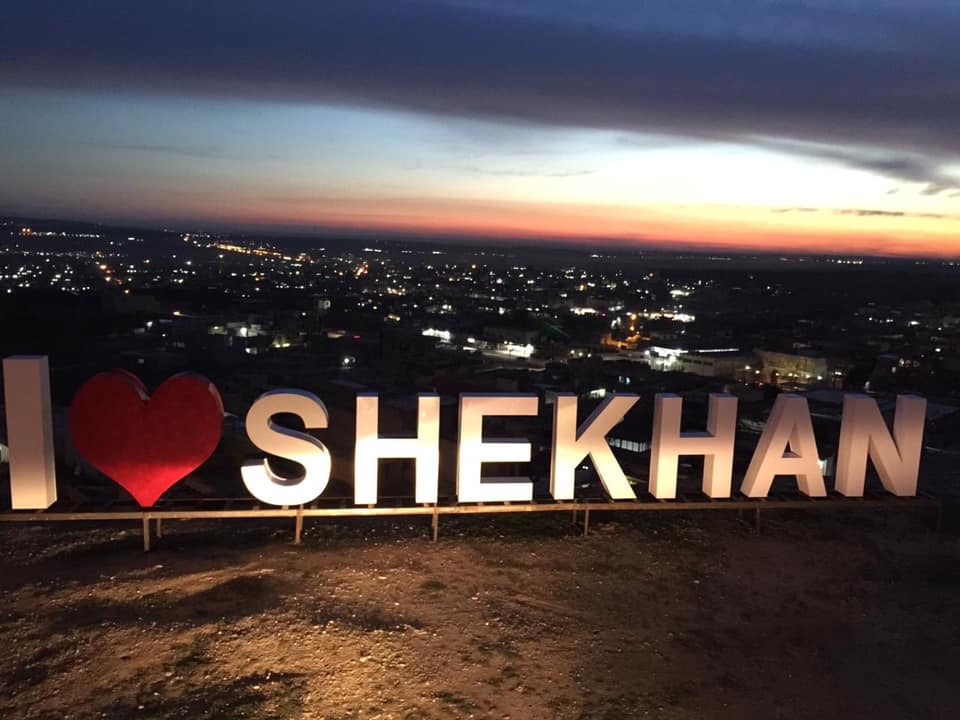