Duhok is the capital of Dohuk Governorate in Kurdistan and part of Iraqi Kurdistan, with a population of approximately 421858 inhabitants.

Duhok, capital of the Duhok Governorate in the Kurdistan Region of Iraq, at the crossroads of three countries: Iraq, Turkey and Syria, making it a strategic gateway which connects Kurdistan to the outside world.

Due to its location and development, the city is of great economic and commercial value to the entire region of Iraqi Kurdistan. The population of the Duhok Province is approximately 1.5 million and consists mostly of Kurds, with an array of minority groups such as Assyrians, Chaldeans, Arabs and Armenians mixed in. Compared to other regions of Iraqi Kurdistan, Duhok is quite diverse– both religiously and ethnically. While most residents are Muslim, Christianity and Ezidism are also widely practiced. Churches can be found throughout the city, and holy Yazidi shrines are located in various parts the Duhok Governorate. Recently, a large number of Syrian refugees and displaced people from Mosul and Shingal have also found their second homes in Duhok, adding to the city’s melting pot. Duhoki natives speak the Bahdini dialect of Kurdish, which is part of the Indo-European language family and is also commonly spoken in Turkish and Syrian Kurdistan. Arabic and Aramaic are popular second languages due to the city’s diverse minority groups. Additionally, recent migration patterns have increased the demand to learn English, as people yearn for a lingua franca to use in communicating amongst each other. 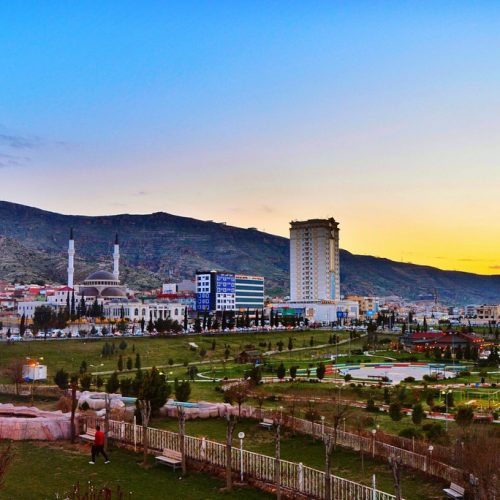 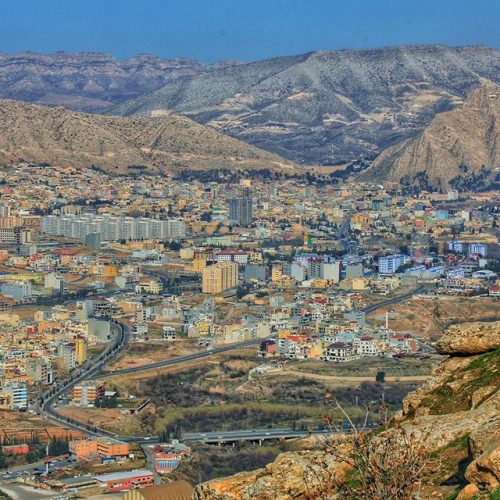 Duhok  the capital of Duhok Governorate in Iraqi Kurdistan. The city is encircled by mountains along the Tigris river. Duhok has a growing tourist industry. 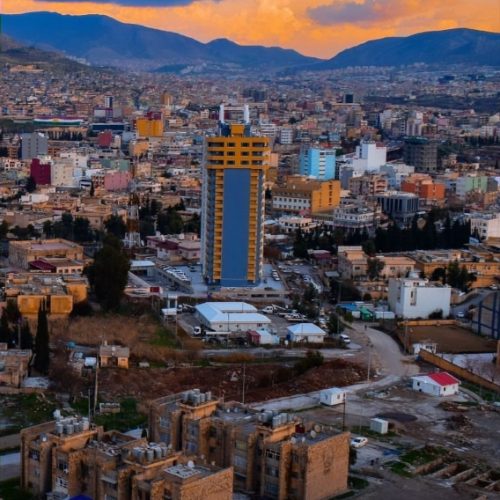 The word Duhok translates to two mountains, as the city lies nestled in a valley between two small mountain ranges along the Tigris river. The size of the valley is quite narrow, making Duhok more of a rectangle than a square, and forcing city construction to extend all the way to the base these beautiful mountains. The city has ample water sources— the Duhok dam located at the north end of old town Duhok and two smaller rivers which meet each other in the Southwestern corner of city.

The security situation in Kurdistan— Duhok in particular— is peaceful, serene and distinctly different from the rest of Iraq. This is in stark contrast to the image portrayed by foreign media, which inaccurately represents Kurdistan as a dangerous, lawless place. On the contrary, Kurdistan has a large and developed military, the Peshmerga, and its own police and security forces to protect its new and old residents. Duhok accommodates hundreds of international NGOs and foreign investors, and continues to see its tourism blossom among intrepid foreign travelers. To keep the security level high and protect the peace in Kurdistan, regular checkpoints are located along the borders and city perimeters. 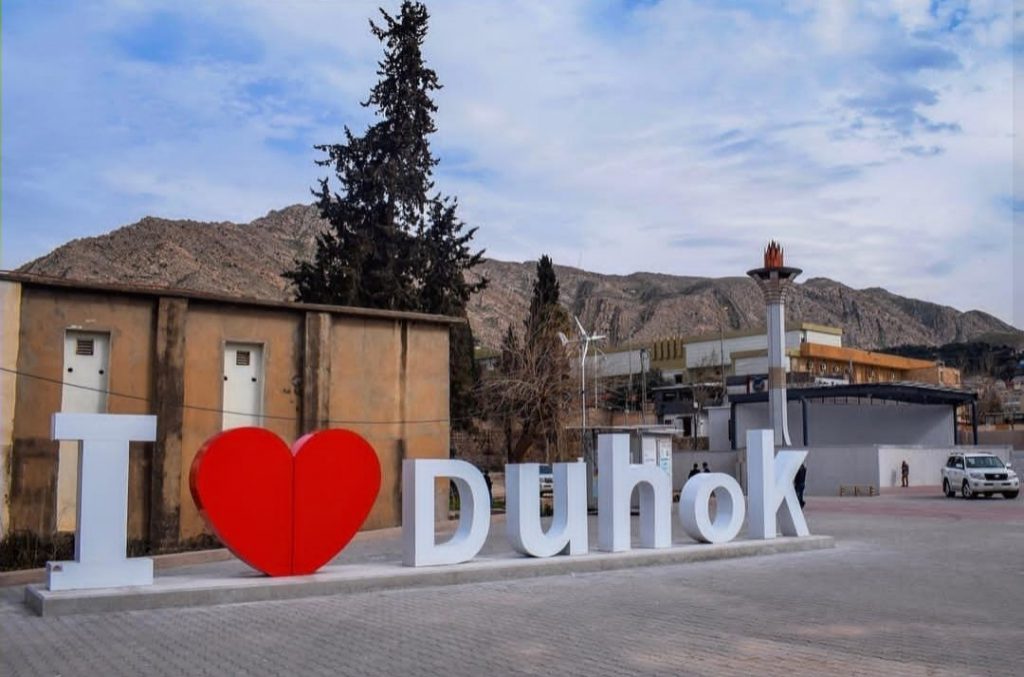