Duhok-Chamber was founded in 1978. Started with its activities, and opened its gate for trades affiliation in governorate. At the beginning the members of Duhok-Chamber were limited due to the smallness of governorate, other important cause was littleness volume of the commercial activities. After 1991 leaping characteristic quantity to the Duhok-Chamber channel, after phenomenon of the free commercial centers and numerous commercial activities the number of the Duhok Chamber increased also multiple than ever.
Duhok Chamber Targets,The objective of the Duhok-Chamber foundation was announced. According to strong desire like any other Chamber allover Iraq. It can also be said there was other objective and should also be mentioned For example:for keeping, organizing, promotion commercial activities, and taking attention in count to the members of Chamber of necessary to be said for other important objective as following:

1- For recording commercial nouns, holding off into business register and Grasping of necessary official record books.
2- Definition to the usage habitude ruling in commercial affairs insidegeographic patch for chamber functions.
3- Rising with role , or participation into arbitration , for termination of commercial controversies, forming of arbitration committees , experts and representatives naming for this purpose.
4- Origin issuing evidence for Iraqi merchandise, Issuing, approval of other commercial documents.
5- Committees forming from its self and else for uncovering about finance, requested organizing testimony and experts naming to governmental offices and courts in request.
6- Collection and classification and publishing circulating prices of the main goods into local markets, and publishing which aim to commercial consciousness among traders and rising of their stander professional.
7- Limiting of finance efficiency ,and organizing guarantees for faithful keepers.
8- Commercial situations studying , and meaningful treatment suggestions to develop its specialization. 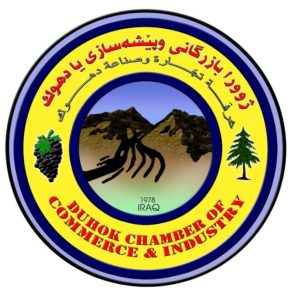 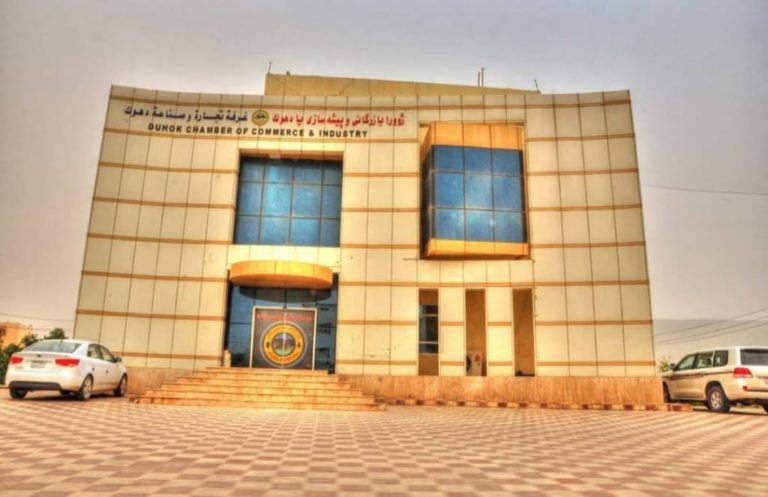 Statistics of Duhok Chamber in 2019 :